September used to be a heart-thumping month for Singaporeans before Covid-19 happened.

While F1 got the rest of us momentarily deaf when the expensive (and noisy) cars buzzed across the roads, car racing fans couldn’t wait to see their favourite racers hit the grid.

For tech geeks, their hearts beat wildly while combing through the best deals at the Comex Fair.

Thankfully, Comex Fair is being spared.

The annual pilgrimage for all tech fans out there will be shifted from Suntec City to online this year.

Happening from 3rd to 13th September 2020, the Comex Tech Deals Marathon continues to offer tons of lobangs for you to break your piggy bank for.

There are daily Facebook Live shows happening daily from 8 – 10pm where exhibitors such as Courts, Samsung, Sennheiser etc will take turns on Facebook Live to showcase their best deals in town.

You can check out the Facebook Live schedule here.

Here are some interesting ones to catch:

From headphones for people who are working from home and have tons of Zoom calls:

And the Sonos soundbar for those who have been yearning to recreate the Dolby Surround Sound cinematic experience in your own home:

All the special prices will be revealed during the exhibitor’s Facebook Live show.

If you’re interested to find out other noteworthy deals, you can check them out here.

The Comex Tech Deals Marathon is also running an online contest with attractive prizes up for grabs.

Since you could be constantly working from home now, a table that can adjust the height to standing or sitting just sounds…divine.

Been wanting to get your hands on one of these?

Here’s how to participate:

Step 1: Enter your name and email address via Comex and IT Show’s contest page

The closing date for the contest is 30 September 2020 so you’ve got some time to figure out the best response.

So start doing your research on your tech must-haves and catch the various exhibitors’ Facebook Live shows.

You can visit the Comex Tech Deals Marathon’s website for more information.

Happy September! Start your month right with savings when you shop at FairPrice from now till 9 September. Take a look at some discounted items before you drop by the stores or shop online. 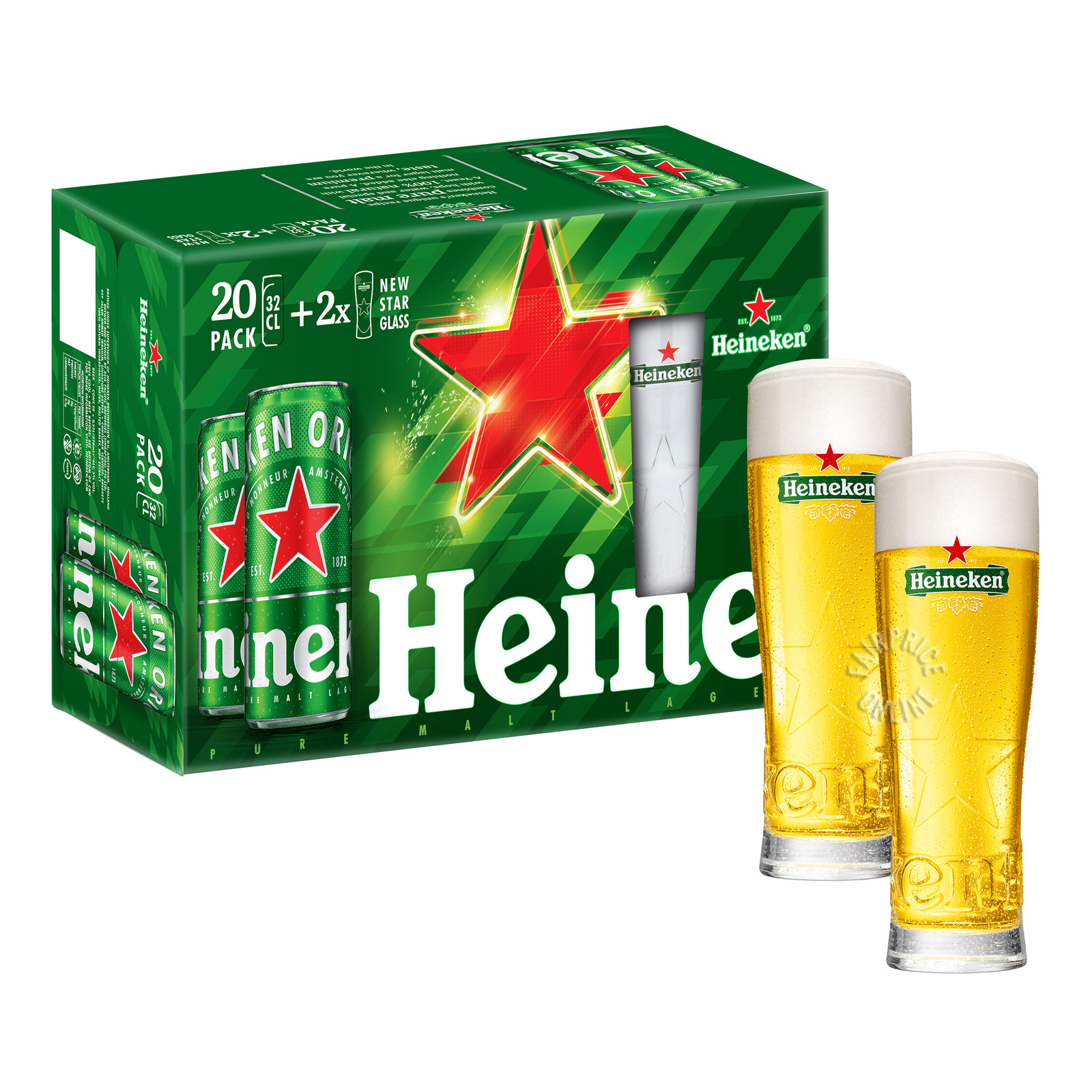 Heineken beer lovers should not miss out on this week’s special deal. Get the 20-pack 320ml beer can set at a discounted price of S$56.30. The pack also comes with two star glasses. New month, new cups! Oh yes, Hoegaarden Six-Bottle Beer – Rosee is also running a sale at S$13.90 this week. 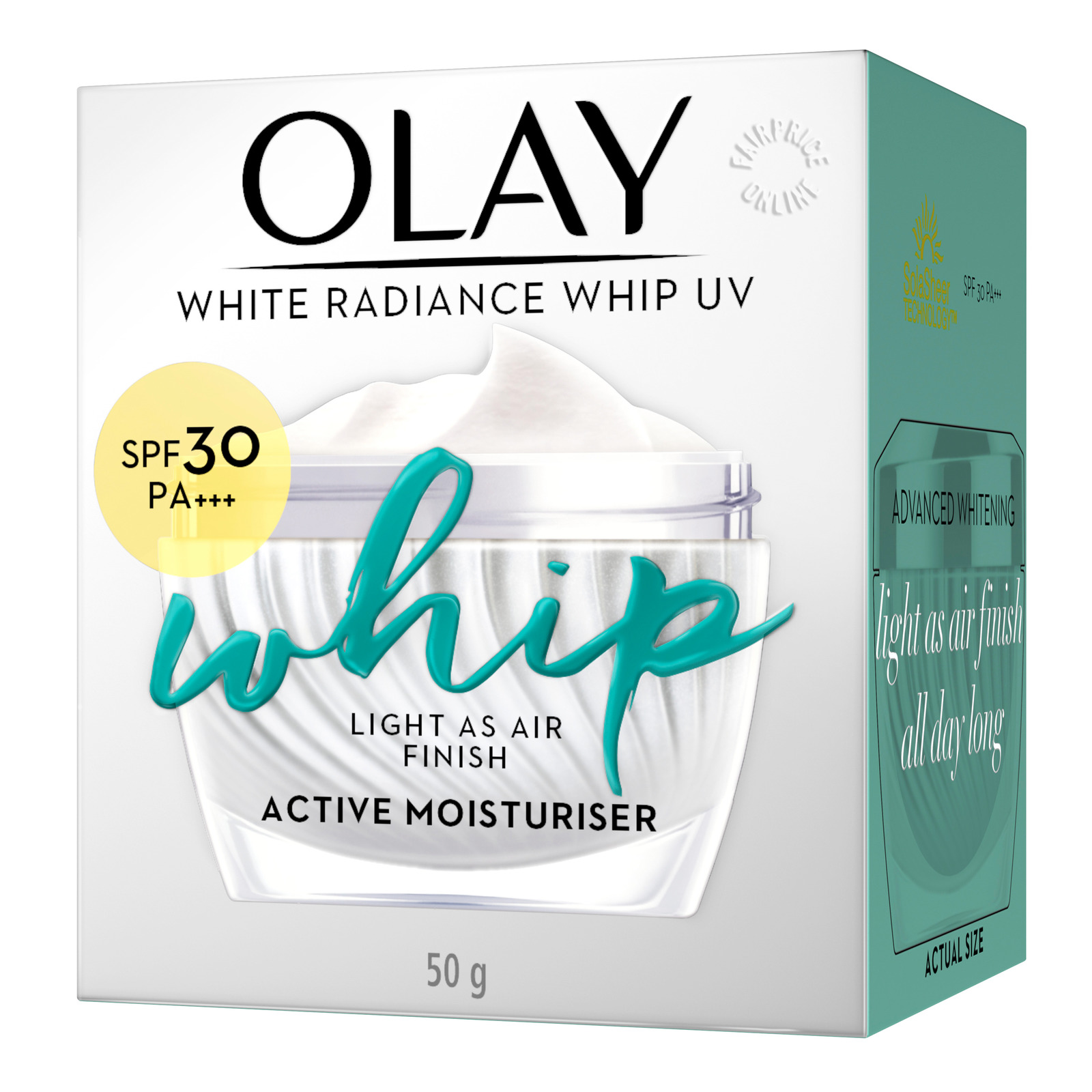 Save big when you purchase the Olay White Radiance Whip UV Active Moisturizer (SPF 30) at FairPrice from now till 9 September. This product is oil-free, non-greasy, and feels light on the skin when applied. It also claims to even out your skin tone and reduces the appearance of pores in eight weeks. 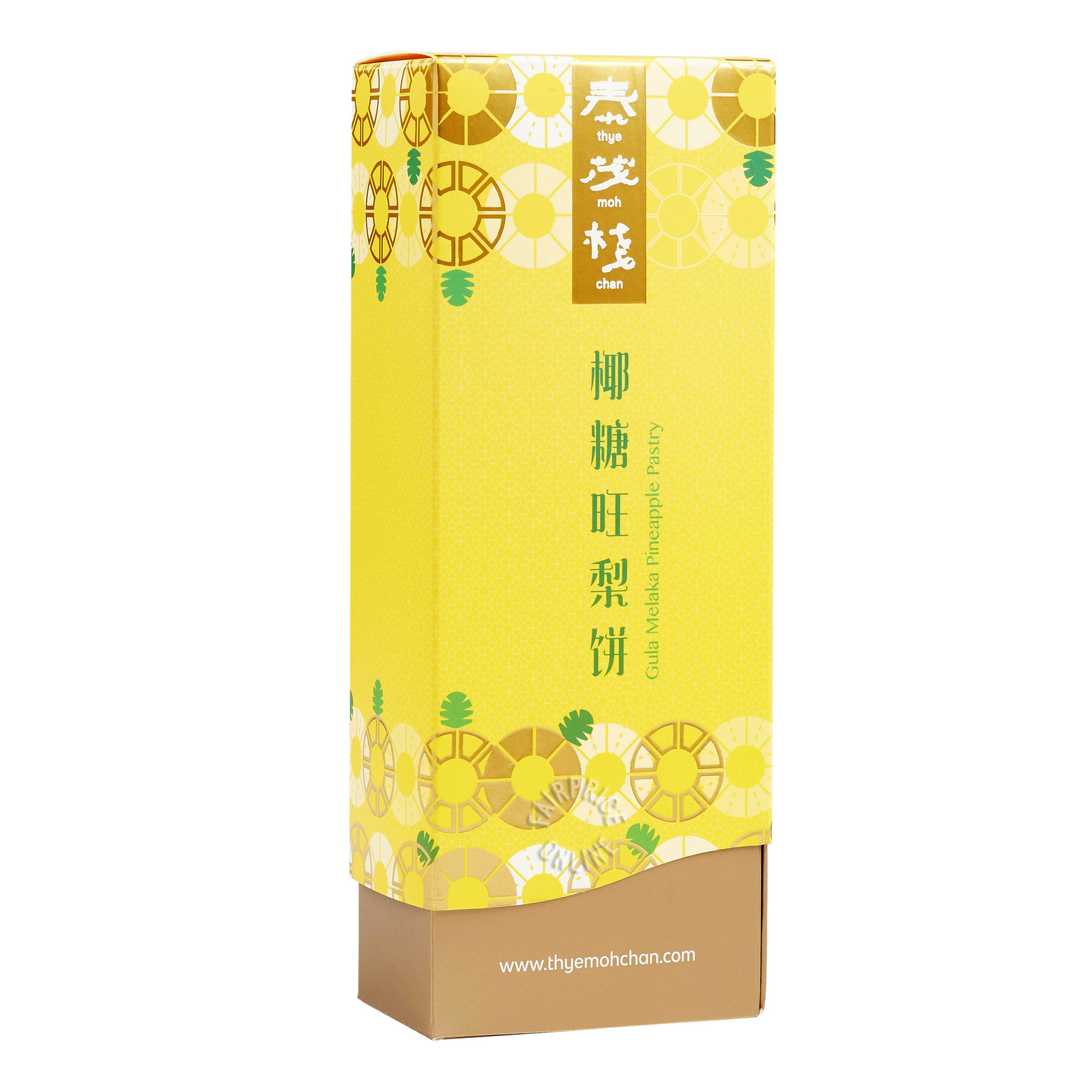 Thye Moh Chan has served the public with its handcrafted traditional Teochew baked goods since 1943. Savour the fragrance of tradition with their gula melaka pineapple pastry that is going at a crazy sale with two boxes for S$9.80! How do we say no to saving S$15.80 if we could? 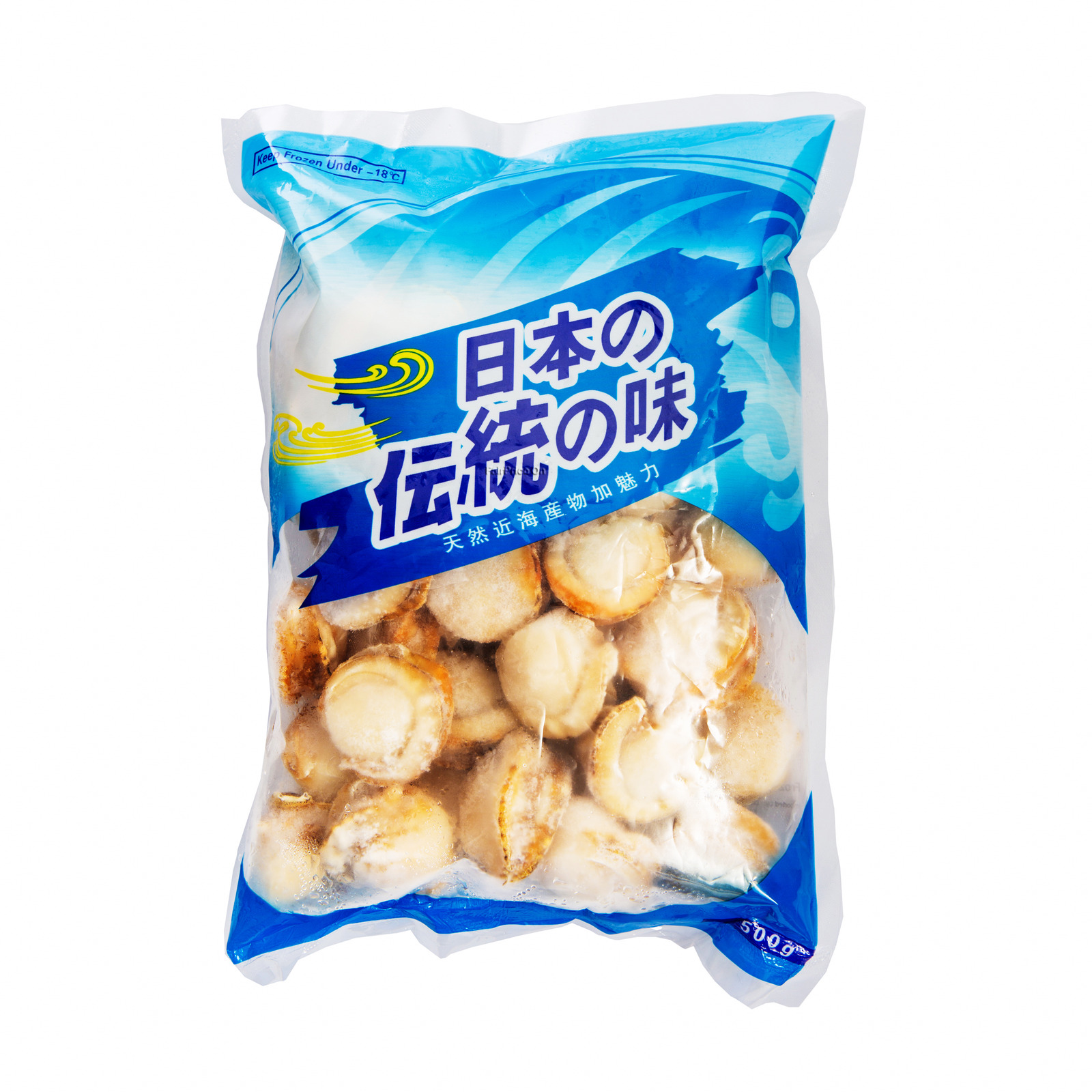 Have you tried making lemon butter scallops? All you need is lemon juice, butter, minced garlic, salt, black pepper, and parsley leaves. In fact, you can skip a few ingredients if you don’t have them readily in the kitchen. Check out the lemon butter scallops recipe here. 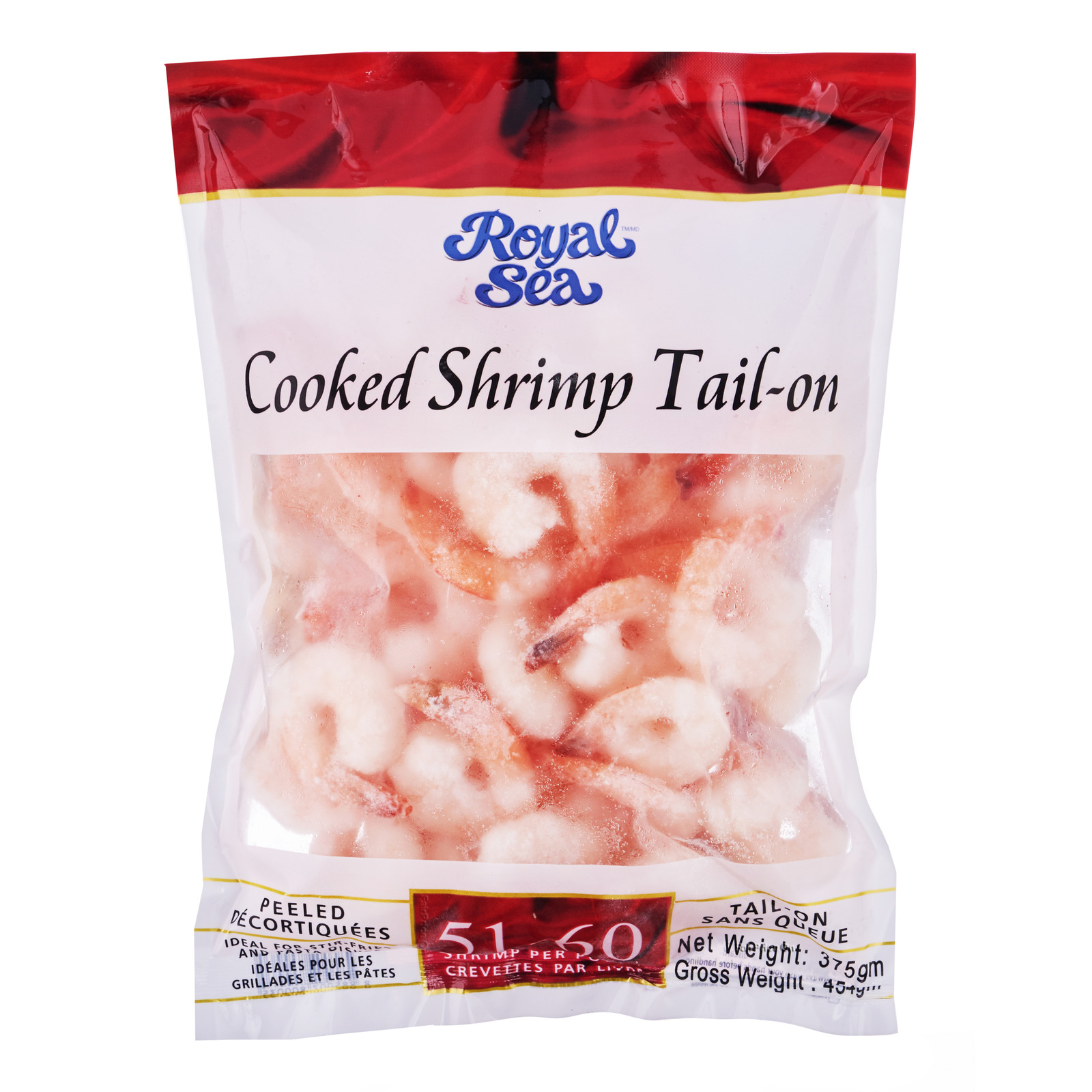 Those who love eating prawns but sigh at the need to peel them can get this pack of peeled frozen shrimps. Instead of cooking the usual cereal prawns, how about trying some baked oatmeal cereal butter prawns for a change? Click the link to view the recipe. 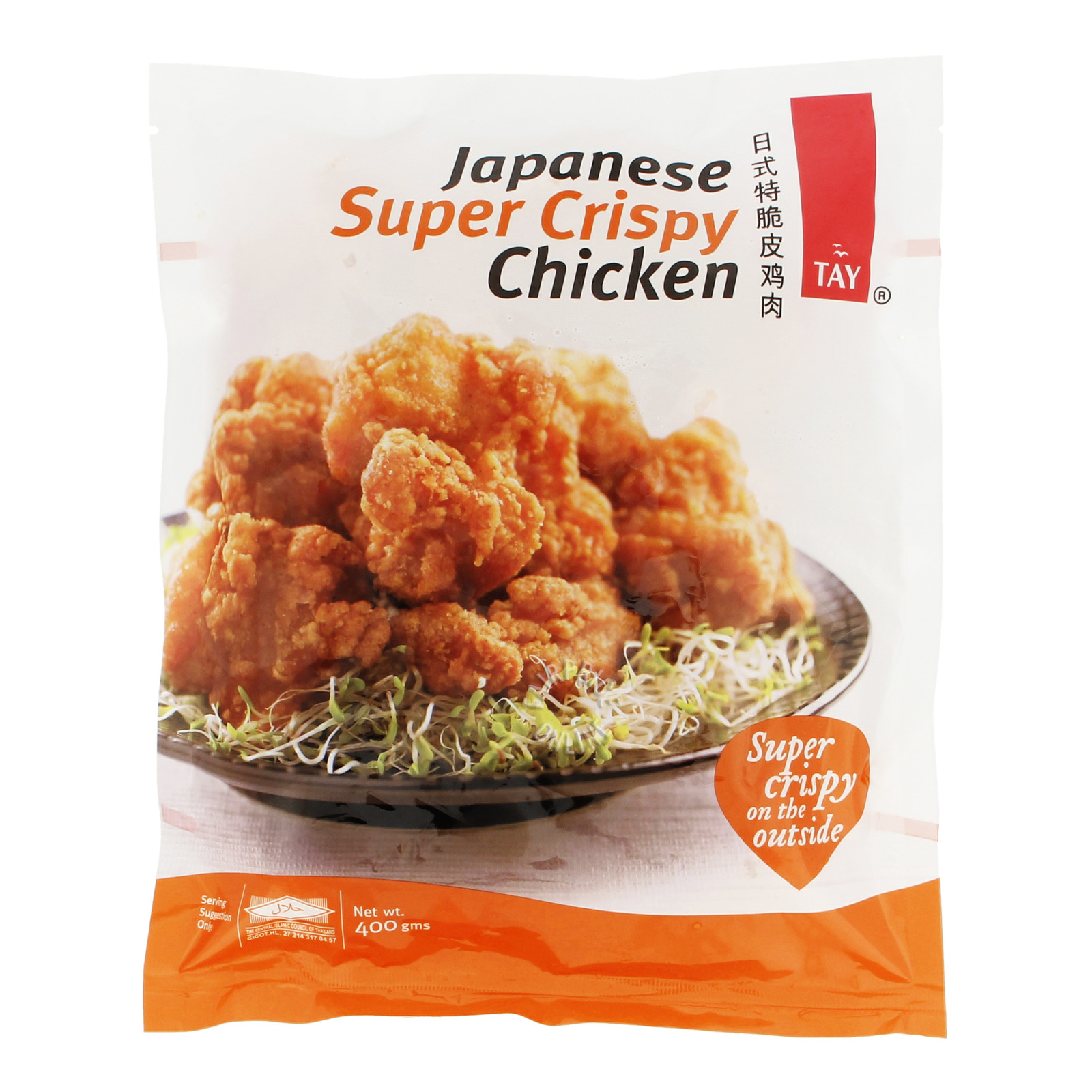 This is not your average crispy chicken. A combination of whole chicken thigh meat with rough coating and special formulation makes it extra crispy. Skip the trip to the kopitiam and get two packs of Tay’s Japanese Crispy Chicken to munch on as you stay indoors this weekend. 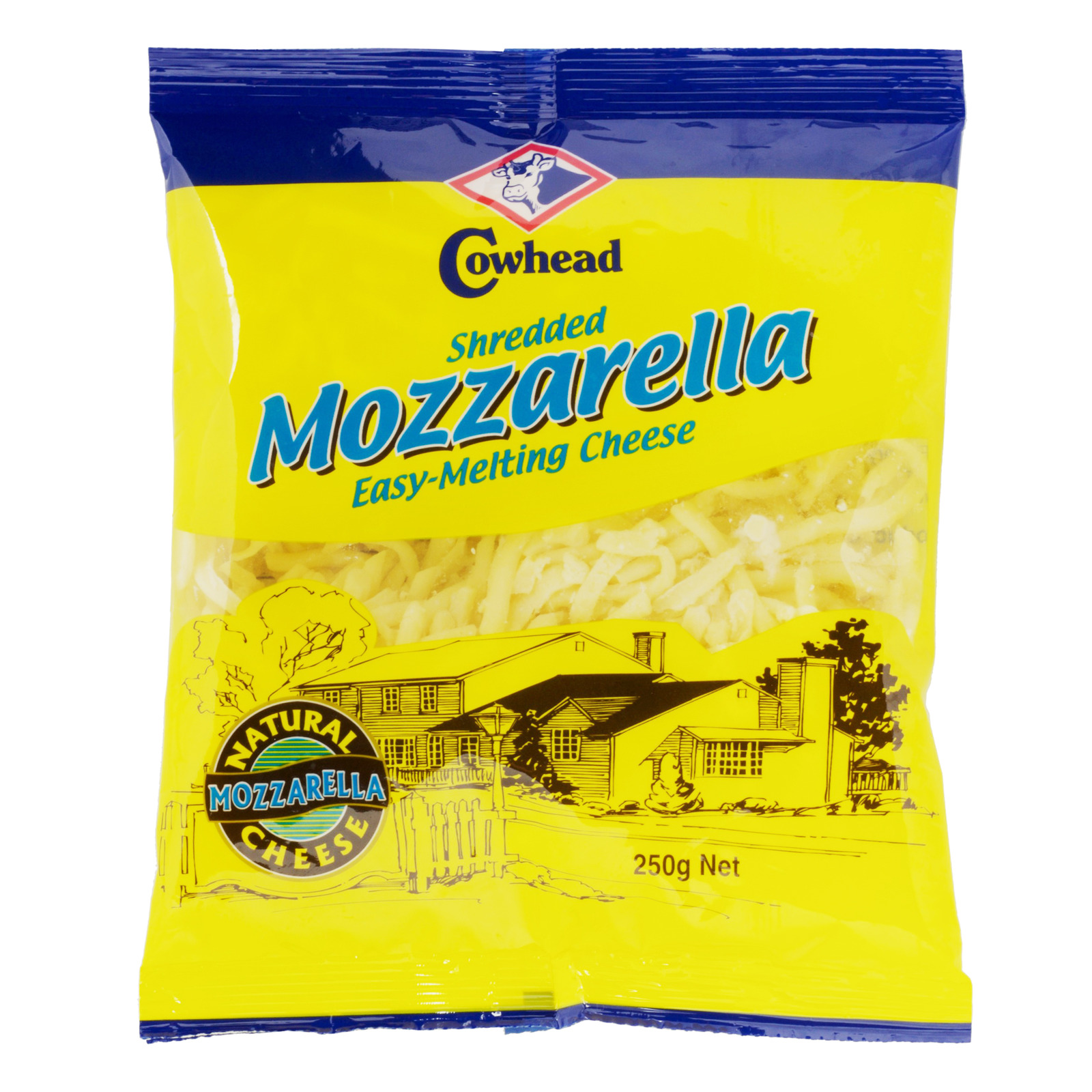 This product is made from natural fresh milk in Australia. Other than topping it off on pizza, you can also consider making baked mozzarella macaroni for lunch and mozzarella cheese fries for a tea break. 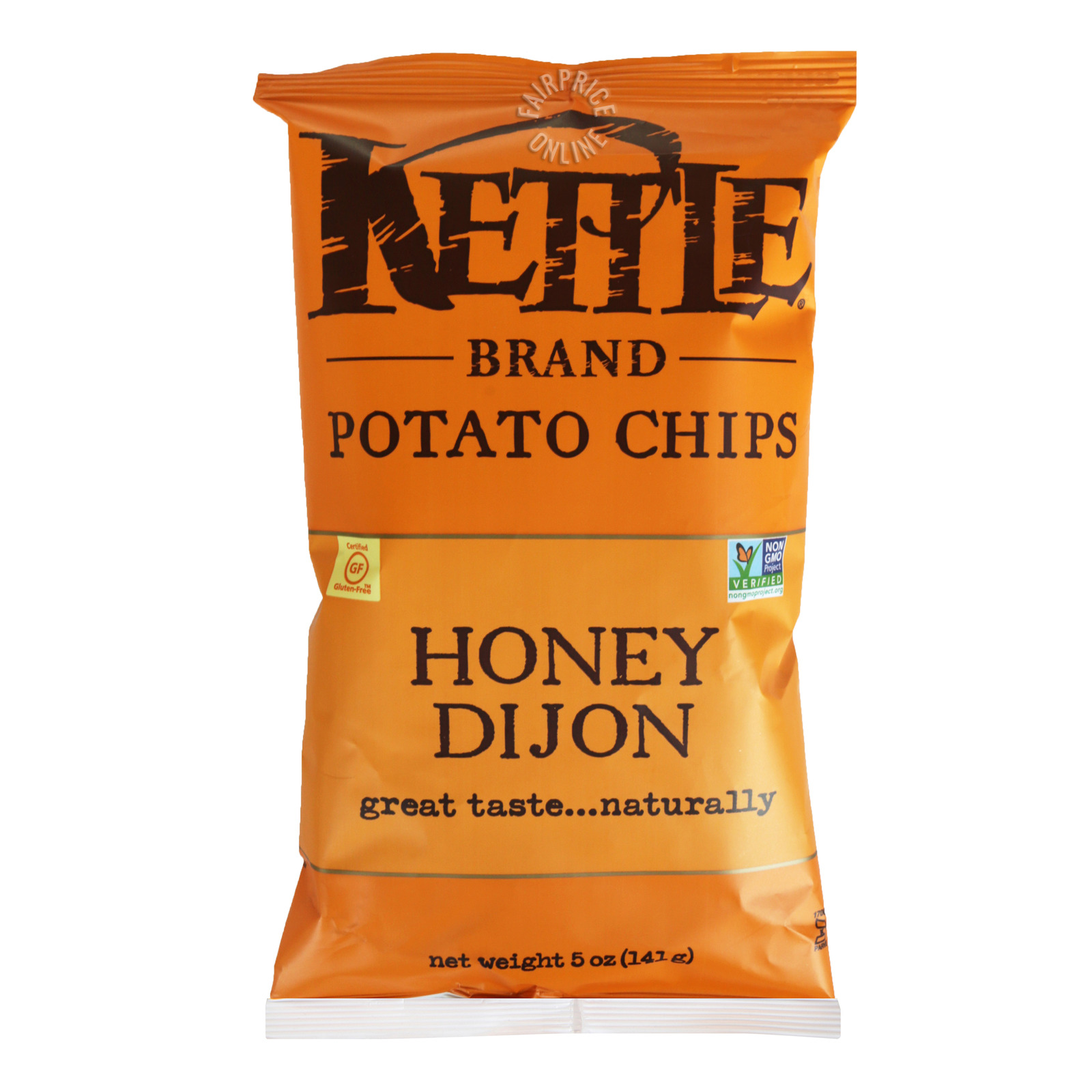 Who else loves the Kettle Brand Potato Chips? My favourite’s got to be honey dijon. It comes in assorted flavours – salt & pepper, jalapeno, backyard barbeque, New York cheddar, and more. Now at only S$3.95 a bag!

Plant sterols have shown to lower blood cholesterol, which is a risk factor in the development of coronary heart disease. This product is also low in fat, lactose, and high in calcium and protein. Comes with the healthier choice label. 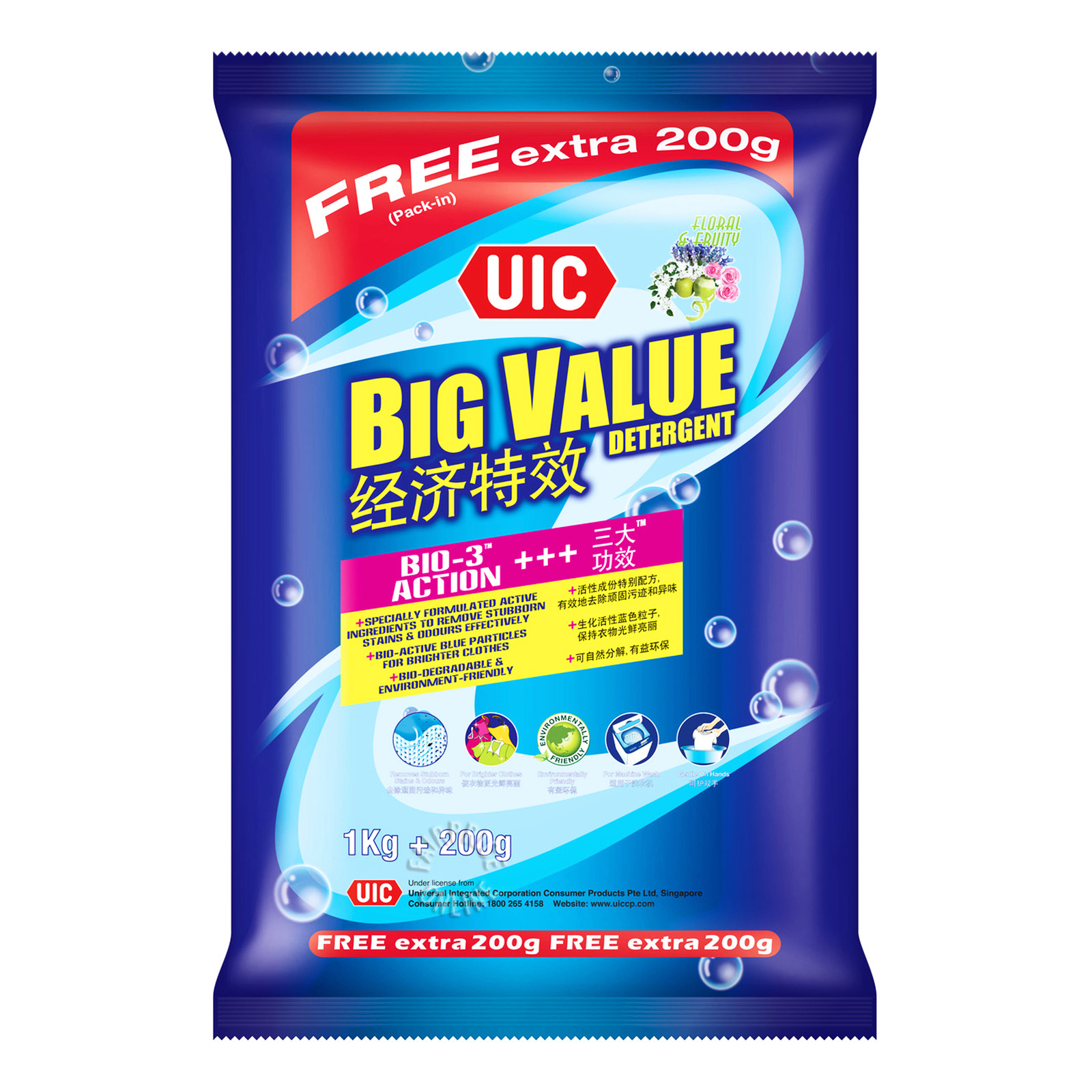 UIC’s detergent powder is specially formulated with active ingredients to remove tough stains and odour. Now available in a value pack with 1kg + extra 200g. Great value at no extra price. In fact, you get to save S$1.75 if you buy three packs.

Check out the rest of FairPrice’s weekly deals here.

The post FairPrice Weekly Deals: Discounted items you must buy from now till 9 September 2020 appeared first on MoneyDigest.sg.

Here’s a deal-worthy promotion to lay your hands, or tastebuds, on if you’re getting a bit sian of having cai png or ban mian every day.

Not that we do, lah.

Anyway, from today onwards, conveyor-belt sushi restaurant Sushi-GO at Jurong Point is offering a weekday lunch promotion with selected sushi items at $1.80 each.

And thankfully it looks pretty substantial to drop in just for the promotion.

Each theme offers 7 to 8 different sushi items, which is great because firstly, it’s enough for a whole meal, and secondly, there aren’t repeats between themes.

So you could technically pop by to try each day’s themed set of sushi. Again, not that we were thinking of that.

Here’s a breakdown of what is available each day:

Here’s how they look if you aren’t feeling hungry already.

The best part? The promotion is from 11am-5pm (excluding Public Holidays) so it’s great if you decide to dash out for a quick tea break or brunch, even.

That’s probably what tea time was invented for anyway.

Keep in mind that these are only available for dine-in, much as we’d love to dapao them for later.

Basically, it’s technology in the shape of mini-sized bullet train models zipping your food to your table, in place of traditional conveyor belts.

It’s such a sight to behold that it almost distracts us from the sushi in all its shining glory.

A casual and fun Japanese restaurant serving you over 100 selections of sushi and other Japanese dishes.Priced from $1.80/plate and served to you on a Shinkansen Bullet Train, Sushi-GO is perfect for those looking for a fun and affordable dining experience.

It’s not alone in its concept; Genki Sushi has a similar style of serving customers with car and train models too.

Also, these are only available at Jurong Point. But if you’re looking for more affordable sushi options, you might want to check this article out.

OG is throwing a 20%* off regular-priced items storewide at all outlets for a limited time….read more @SINGPROMOS.COM

Mention ‘bubble tea’ and ‘2020’ in the same sentence to any bbt fanatic in Singapore, and they’ll launch into war story mode about the months they have had to live without.

Well, Monga Fried Chicken is here to help you get over the trauma asap! From 5th to 13th September, you can enjoy 1-For-1 bubble tea at all Monga Singapore outlets.

The best part of this promo is that there’s no minimum spend. Simply walk in to declare your passionate love for bbt and you will be rewarded.

The promo slashes the usual price of $4.20 by half if you want to play sharesies with your bestie.

Better yet, jio the girl of your dreams and treat her to this amazing goodness.

I’ve heard bbt is a foolproof way to a crush’s heart these days.

Two Flavours to Choose From

So you’ve successfully jio-ed your crush, and the cashier is patiently waiting for you to place an order (the people in line behind you a little less so). You turn to ask what she wants to drink, and she gives you a reply from hell:

Fortunately, Monga narrowed the bbt flavours down to just two this time. Get both the Green Dragon (Matcha) and the Black Dragon (Oolong), so she can decide what she wants without agitated customers breathing down your neck.

While you’re there, don’t forget to help yourself to one (or more than one) of their signature fried chicken fillets.

Priced at S$6.90 each, they come in three flavours: The King in original salt and pepper seasoning, Hot Chick with handmade Anaheim peppers paprika powder, and The Taiker with Japanese sauce and seawood powder imported from Okinawa.

These meat are marinated and tenderised using honey, then double fried in sufficient flour coating for optimum crisp with less grease.

Imagine biting into a slab of piping hot chicken – precisely cut to be at least 2cm thick – and taking a sip of the ice-cold bbt. Shiok!

Monga Fried Chicken is the business venture of famous Taiwanese artist and comedian Nono. He aims to propel Taiwanese snacks beloved by locals into the international spotlight and has successfully done so with outlets in Singapore, Canada, United States, United Kingdom, Philippines and Malaysia.

Apart from the fried chicken, there are other traditional Taiwanese snacks like Monga Nuggets (S$5.90 for 6 pcs; S$7.90 for 9 pcs), Signature Fries (S$2.90), as well as Fried Chicken Skin and Fried King Oyster Mushrooms at S$3.90 each. In addition, Fried Broccoli, Seaweed Fries and Sweet Potato Fries with Plum Powder are priced at S$3.50 each.

Head on over to any of these three outlets to catch the deal!